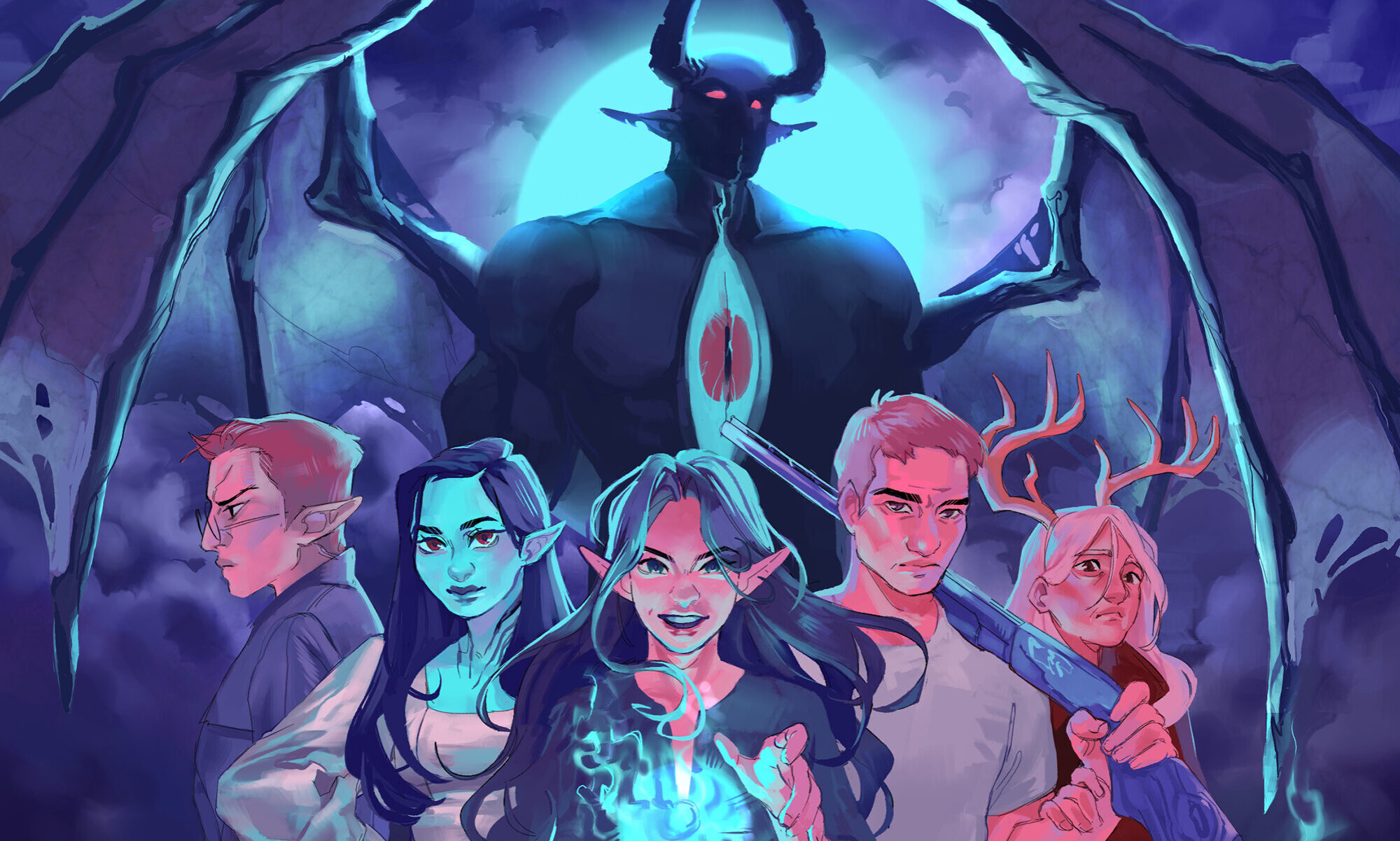 Author Scott Colby began his drawing career way back in elementary school when he needed a way to keep himself entertained. A few short years later he realized he couldn’t draw for shit and turned to writing instead. Scott quickly exhausted his third grade classroom’s stash of writing prompts and set forth creating his own wholly original works. His stories about equipping his friends with magic weapons so they could fight ancient evils in his backyard were huge hits when the teacher discovered them and made him read them aloud to the class. Scott hated this.

As our boyish hero grew into a strapping young man, new influences added spicy flavor to his developing style. Terry Brooks provided a strong foundation in the fantasy genre. Neil Gaiman got him thinking about how magic and the modern world can coexist. The spice melange of Frank Herbert made Scott consider the impact of economics on his settings. Chuck Palahniuk and Thomas Pynchon drove an interest in offbeat, obsessive characters. Chelsea Handler made things even weirder.

Scott now resides in scenic Cambridge, Massachusetts. His other interests include gaming, fitness, and technology. Like any good Masshole, Scott also enjoys trips to Dunkin’ Donuts and swearing at the Red Sox.

Deviant Magic is a series of contemporary fantasy novels set in the modern era. Magic and fantasy creatures lurk in the shadows, hidden thanks to magic and memory altering dust, often exploiting humanity for their own gains. A precocious young sorceress, enraged with the evil means through which those running this world have held on to control, has taken it upon herself to fight the powers that be and establish a more transparent, equitable order. Each novel focuses on a person or group of people she’s aiding, manipulating, or destroying, creating a diverse array of perspectives on her mission. Deviant Magic explores themes of discovery, immortality, corruption, and the role of memory in shaping who we are, but at its core it’s a story about changes big and small and the myriad ways both individuals and institutions adapt to our ever-evolving social situation. The series also features magic-enhanced keg stands and a water nymph who gets kidnapped and trapped in a toilet.

The story that initially became Shotgun was first written during Scott’s senior year of high school, when he decided to rip off the hit movie Men in Black but with fantasy creatures instead of aliens and elves in the Will Smith and Tommy Lee Jones roles. This story was subsequently rewritten about a dozen times before it reached its final form and spawned the Deviant Magic series, where it’s now batting in two hole. Lead off hitter A Date with Death explores a fantastic situation in the sort of small town the author grew up in. The third novel, Diary of a Fairy Princess, features a young royal fighting the patriarchy in the most stylish way she can. Stranger than Fiction, hitting cleanup, stars a group of former heroes unhappy that they’ve been replaced. The Deviant Magic story isn’t close to complete are many more novels on the way.